The Mid Term Elections through the Nostradamus Deck

18 Apr The Mid Term Elections through the Nostradamus Deck

Posted at 17:27h in Articles of Interest by Moonbird

WHERE WE STAND.
Three of Spheres
Couplet: The newcomers from an undefended place,
Will dwell in a previously uninhabited land.
Visions UPRIGHT Power-Importance-Distinction-Celebrity-Success beginning to develop
This is a card of generous employment. You may be hired to do all kinds of work and find that you gain admiration for the way in which you achieve your aims. You work well with others and your reputation grows.

CHALLENGE
THE DEVIL #15
Prophetic Reference: The rise to power of Adolf Hitler
Couplet:
Hungry wild beasts will cross rivers.
The most part of the field will be against Hister.
Visions:  (in the challenge position one reads both upright and reverse:
UPRIGHT:Self Aggrandizement, Power out of control. Malevolence, Self destruction. Violence, Unprincipled behavior, Psychosis
REVERSE: Release from slavery, Optimism,Concern for others,Morality
The central meaning of the card revolves around deceit, lies and trickery.Represents a self serving individual who will do anything to get their way. They like to break the rules and fulfill their own desires. Essentially it is about fear and self love. The card suggests
a harsh journey to reach reality, where delusions fall away and individuals see themselves and their lives as they really are. Reversed it shows an effort to throw off such negative concepts and grow again in a more positive way-to free oneself from enslavement to ego.

ABOVE
THE STAR #17
Prophetic reference: US-Russian alliance in the 23rd century.
Couplet:
The two great masters will be joined in one yolk,
Their great siring will be enhanced.
Visions: Hope , expectation, fortune telling, prophecy, healing, rebirth,Inspiration, good luck, idealism, destiny
The Star is the rising of Hope and positive feelings.
it denotes a strong , idealistic approach to events, which drives through all nascent problems and shines its light into the darkest corners of a situation. it represents a moment of opportunity, making the right choice at the right time without fear of mistake.

BELOW
#14 of Stars The Pope
Couplet:
The shining deed of the newly elected elder
Will be blown South by the Northward Wind.
Visions:Priest, Judge, Councillor, Businessman, Power, Command, Force, Intelligence
Traditionally he is an adviser, powerful supporter and guide. He may represent a judge, high ranking business executive, senior churchman or commander in the armed forces. He is a person whose authority is seldom challenged—doesn’t mean he is right. he represents discipline, firmness, and dedication to duty that all must acknowledge. He can also represent a domineering figure whose cruelty and lack of sympathy makes him more likely to cause conflict than prevent it.

BEHIND
#14 Prince of Suns
Couplet: The leader will guide the everlasting people,
Far from their native sky, to foreign tongues and customs.
Visions: A leader and instructor,A magus, A teacher,A visionary, an honest man, Active, generous, fierce as an adviser, strong minded and determined, a master of creative energies
A teacher and visionary capable of inspiring everyone. Spiritual elder, overly fierce and determined in his advocacy. His leadership sometimes provokes unexpectedted reversals. At his most powerful, he can represent the drive of ambition and intensity of achievement.

FUTURE
#2 of Spheres Reverse
Couplet:Two bodies, one head, forces divided in two
Reply to what four are hearing
Visions:Ignorance, Injustice,Literary gifts,A letter, Financial distresss
Hre you are stilll successful, but caught up in a web of financial double dealing. Keep a careful eye on finances at this time, as you may become victim of injustice or confusion.

SITUATION Reversed CompletedWorld #21
Couplet: When the sun reaches it zenith
They will my deep prophetic be accomplished
Prophetic reference
The end of time. The prophet’s work is done.
Visions: Inertia, Stagnation, Loss of vision, Failure, Delayed completion, Prolongation
Plans made come to nothing; we become mired in a bog of our own creation and can’t find a way out. Neglected obligations, failure to complete tasks you have set for yourself, or that others have set for you, bring your journey to an end. There is nowhere else to go without help.

ENVIRONMENT
#3 EMPRESS
Couplet: From under the holy Earth, the soul’s voice faintly sounds
The human flame shines as if it were Divine.
Prophetic reference
The French Revolution. Secular principles valued over Sacred.

Vision:
Fertility, Ruling passions, health, the feminine, marriage, wild nature, nurture, action
She embodies human love—the love of the mother. A woman whose protective nature is protective and enlivening. She may represent a strong woman whose earthy qualities lend them to offering suprt.

HOPES and FEARS
#12 of Suns Knight
Couplet
He will leap to such high flown deeds
He will have no equal in the hierarchy
Visions
Separation, departure, flight, distance, journey, abandonment, evasion, moving into the unknown
Adventurer, passionate lover, soldier, subtle politician. Involved in an exciting affair or significant enterprise in a way that can get you carried away. You probably enjoy being center of attention but he excitement sometimes persuades you to make rash decision. and to travel away from the road where you began your journey.

OUTCOME
#4 EMPEROR
Couplet: He will raise up the humble and harry the rebels
No one on Earth will be his equal
Prophetic reference: Abraham Lincoln, Napoleon or HenryV
Visions
Stability, authority, fatherhood, intellect,Solidarity, forward movement, law, reason, conviction, male authority, accomplishment
Circumstances warrant careful consideration before judgement. it suggests that blind acceptance of the rules governing society should be tempered with reason and feeling-both concepts that may be lacking in The Emperor.

AROUND THE CORNER
#4 of Suns Reversed
Couplet: Those of the soil will be sustained by it
The spade gives hope to every acre
Visions:Prosperity, advancement, success, good luck, romance
Coming home to a joyful welcome. The unity of a stable society. A good idea to re establish old alliances that may have been neglected and in general to acknowledge the value of friedds as well as tried and tested ideas.

Much More Available on MindKey.me 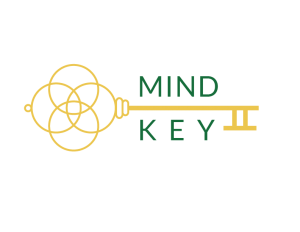